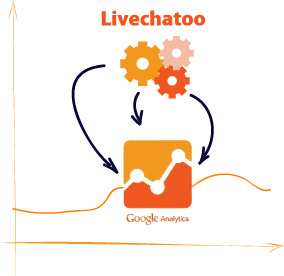 Both functions (MyOnChatStart and MyOnChatOpened) are called from primary javascript code by callbacks. Modified code will have the following syntax:

One thought on “Linking Livechatoo with Google Analytics”